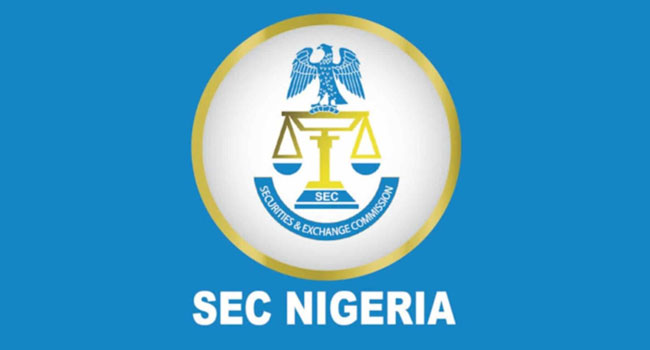 The Securities and Exchange Commission (SEC) has stressed the need for standardisation of the country’s commodities to enhance global acceptance and boost the Gross Domestic Product (GDP).

The Director-General of SEC, Mr Lamido Yuguda, said this at the Commodities Standards Sensitisation workshop organised in partnership with the Standards Organisation of Nigeria (SON) on Monday in Lagos.

Yuguda said that the Federal Government drive to achieve a sustainable diversified economy would be achieved to standards to boost the country’s competitiveness in the global market.

According to him, the establishment of relevant standards will significantly transform the Nigerian commodities trading ecosystem.

“As Nigerians strive to achieve a sustainable diversified economy, given the current drive to guarantee food security, there is an urgent need for more complementary comforts from the government, regulators and critical stakeholders to ensure the approval and effective adoption of appropriate local standard benchmark against the international practice to establish quality and reverse the unwarranted situation of perennial rejection of the Nigerian produced commodities,” he said.

He noted that each commodity traded on the exchange was graded by quality, size, weight and other criteria.

Yuguda said that the determination of these grades and standards was dependent upon improved local standards which would take into cognizance internationally accepted standards.

He noted that SON had the statutory responsibility for standard-setting in Nigeria.

In recognition of this fact, he said that the Executive Management of the Commission, on behalf of all stakeholders, engaged with the management team SON, to ensure the expedited approval and publication of standards commodities.

He observed that the establishment of relevant standards would significantly transform the Nigerian commodities trading ecosystem.

“Sequel to that engagement, the ecosystem roadmap implementation committee comprising key stakeholders has been working on the development of grading and standardisation system.

“The initial stage of the development process will concentrate on the delivery of standards for agricultural commodities,” he said.

The director-general disclosed that SEC was working with SON to create awareness for existing agricultural commodities standards.

“We strongly believe this is a project of national importance, given that commodities exchange value chain has significant value and can transform our economy.

“It is, therefore, my expectation for this workshop and other stakeholders’ engagement to serve as a rallying point for inclusive standards development process.

“As the ecosystem is driven towards standardisation, the broader society will be impacted for greater prosperity,” he said.

Yuguda recalled that SEC, as part of the implementation of the 10-year capital market master plan, constituted a technical committee in the commodities trading ecosystem.

He said that the mandate of the committee was to identify challenges with the existing framework and develop a roadmap for a vibrant ecosystem.

In his remarks, SON Director-General, Malam Farouk Salim, said that the organisation was willing to collaborate with relevant stakeholders.

He said that this was to ensure that the development of standards follow the best international principles of standard development.

Represented Okunlola, Head Food Group, Salim said the organisation, in line with its mandate, would continue to promote standards and ensure it followed international principles.

He said that SON would continue to promote the confidence of Nigerians in Nigerian produce and ensure that SON is in line with the Federal Government various policies were developed in such areas.

“For the first time in history, we have the strategy already outlined under the Nigerian National Standardisation Strategy. If you go through the strategy, you can see we have listed out standards to be developed.

“Under the agriculture, we have energy, transport, industry, a focus on SMEs, we also have for the health sector.

“The strategy is a living strategy, as policies from the government come up, we try to update the strategy,” he said.

Speaking on the rejection of Nigerian produce outside the country, Salim said that rejection of produce was not due to lack of standards but non-compliance to standards.

“If you want to export any produce, try to contact SON; we have 42 offices presently in Nigeria.

“So, when you get to know what you really need in relation to that product you want to export, it will reduce rejection.

“We are just given the mandate to be in the custody of those standards, make sure that when you want to develop it, get everyone, as many people that are interested, as many stakeholders we can identify, we contact them and we follow those principles,” Salim added.

He listed the principles as transparency, openness, stakeholders involvement and consensus.

She said that with the strong global push for green economies and net-zero carbon emission, the era of fossil fuel in powering development was fast coming to an end.

Ekineh explained that for an oil-dependent economy like Nigeria, “it is a race against time to effectively diversify the economy.”

She said there was no doubt that efforts were ongoing in this direction as evidenced by policies and programmes of government and the increasing contribution of the non-oil sectors to GDP which now exceeds 90% of GDP.

“The progress is commendable. Nonetheless, efforts need to be invigorated to speedily diversify the economy in all respect, for while the oil sector has shrunk in its contribution to GDP, it remains quite dominant in foreign exchange receipts and export trade.

“The economy is in other words, still mono-product in some respect and significantly lacking in export diversification.

“This is clearly not sustainable and a major risk factor of the economy; being vulnerable to the vagaries of the global oil market.

“The solution lies in the development of non-oil commodities like agriculture and solid minerals which can have a significant multiplier effect on the economy.

Ekineh said the value chain for the commodities sector was quite huge and each aspect of the chain, creates its own sub value chain which in itself could significantly impact the economy.

She, however, said that the nation could not optimally develop the commodities sector and its export trade without setting acceptance standards and grading for tradable commodities, be they for industrial use, export or otherwise.

Ekineh added that such standards should be reviewed periodically and aligned with global best practices for international acceptability and export promotion.

“Standards and grading create trust, provide safety assurance and promote the integrity of the commodities market/sector as participants know exactly what the quality of a commodity is and can, without doubt, purchase particular grade of commodities which suit their purpose. In other words, they know and have the assurance of what they are buying” she added.

One of the participants, Mr Mohammed Awami, Head, Trade Fice Department, Nigerian Export-Import Bank (NEXIM), said that the importance of standards could never be overemphasised.

He commended SEC and SON for organising the workshop aimed at enhancing economic growth and development. (NAN)

Specialist attributes misinformation, others to slow response to COVID-19 vaccine