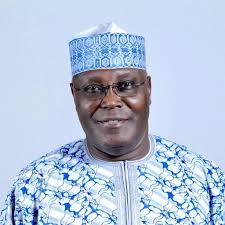 The presidential candidate of the Peoples Democratic Party (PDP), Alhaji Atiku Abubakar, said economic prosperity, through a partnership with the private sector, was top on his soon-to-be-unveiled five-point agenda.

Abubakar said this at the Lagos Chamber of Commerce and Industry (LCCI) Private Sector Economic Forum on the 2023 Presidential Election on Tuesday in Lagos.

He said the agenda if voted as president, would foster economic prosperity, restore the country’s unity, strengthen national security, improve education delivery and restructure the polity.

He stated that collaboration with the private sector was desirable because of its critical role in Nigeria’s development, as indicated by its 78.9 per cent contribution to national consumption expenditure.

Similarly, Abubakar noted that about 85 per cent of the investments in the Medium Term National Development Plan 2021-2025 was envisaged to be private sector funded.

He stressed that the country could not overcome its economic challenges without significant reforms to restructure the economy and to support the private sector to unleash its growth potential.

“According to the Nigeria Infrastructure Master Plan, Nigeria has an infrastructure financing deficit of approximately 3 trillion dollars over the next 30 years.

“This means a financing requirement of approximately 100 billion dollars per annum, which cannot be met by the public sector.

“For these and many other reasons, a warm handshake with the private sector is inevitable for any economic policy or programme to succeed.

“Indeed, private sector leadership in driving growth is the first of three key principles of my economic growth and development agenda, as encapsulated in my covenant with Nigerians.

“We would listen to the private sector more and secure their buy-in when policies are designed to determine the success of our economic growth and development agenda,” he said.

He said increased jobs and income opportunities would reduce the likelihood of the Nigerian youth being involved in crime, violence and conflicts motivated by manipulating religious or ethnic differences.

Abubakar stated that his emergence was critical given the current state of the country’s economy, which he described as crawling, characterised by unemployment, poverty, policy uncertainties and a lack of investors’ confidence.

He said his economic growth and development agenda would stimulate growth and birth an economy that was modern, dynamic, competitive and capable of taking its rightful place among the top 20 economies of the world.

“Nigeria has the potential to double its Gross Domestic Product (GDP) by 2030 and achieve a per capita income of approximately 5,000 dollars.

“We anticipate growth from our policies that seek to revitalise the real sectors including agriculture, manufacturing and Micro, Small and Medium Enterprises (MSME).

“We will elevate production for export to a top policy and long-term investment priority and promote export of manufactured goods.

“I have always nurtured a desire to create abundant opportunities for people and enhance the capability to explore those opportunities so that they can live a happy, healthy and productive life as I feel fulfilled when I create prosperity for others,” he said.

Abubakar unveiled plans to restore investors’ confidence in the Nigerian economy to take risks and invest capital by providing more clarity, coherence and consistency in the polity.

He stated that the monetary and fiscal authorities would be better coordinated to ensure a stable macroeconomic environment with low inflation, stable exchange and interest rates.

“We will allow the Central Bank of Nigeria the independence to pursue its mandate but ensure that such policies are not detrimental to Nigeria’s quest for Foreign Direct Investment (FDI) and to Nigeria’s long-term growth.

“I will break the jinx in infrastructure financing, lead Nigeria out of darkness, be more strategic and circumspect on debt accumulation, and undertake far-reaching reforms to engender efficiency and reduce administrative costs,” he said.

The Former Vice President, however, stressed that the enormity of the tasks ahead must not be downplayed, seeing the daunting challenge of restoring confidence in the future of Nigeria as a more dynamic economy and stable democracy.

The LCCI President, Dr Michael Olawale-Cole, stated that while the chamber was non-partisan, it was, however, interested in the economic agenda of the candidates and their plans to make a better Nigeria in the next dispensation.

This, he said, was in view of the chamber’s awareness of the over-shadowing effect of politics over managing the Nigerian economy and would, therefore, wish to contribute to the setting of a new order that could take the economy out of the doldrums.

He noted that beyond economic management, the chamber understood that countries would naturally rise or fall through leadership and governance and Nigerians had another opportunity to decide who would lead them from 2023-2027.
“For the past 16 years; the LCCI has organised this session in every election cycle as part of its public policy advocacy to provide a first-hand opportunity for presidential candidates of the leading political parties to speak to the organised private sector on their economic blueprint for Nigeria.

“All patriotic Nigerians would like to know the plans and intentions of a future president, and this will most likely enhance the choices people make at the polls.

This is why we are gathered here today,” he said. (NAN)

CSOs partner to deepen inclusion of PWDs in education governance

Nigeria to collaborate with Finland to grow ICT sector –Onyeama