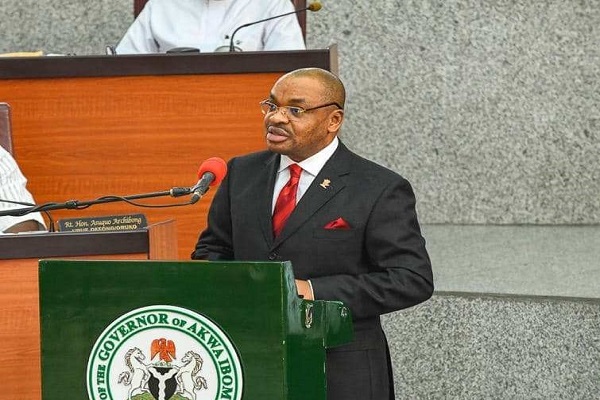 Akwa Ibom State Governor, Mr Udom Emmanuel, has presented the State 2022 Budget Estimates and Appropriation Bill of N582.115 billion Naira for the 2022 fiscal year to the State House of Assembly for consideration and approval.

According to the Governor, the total projected Recurrent Revenue for 2022 is estimated at ₦273.9 billion Naira.

Governor Emmanuel gave assurance that his administration would complete all projects and with the provision of other social infrastructure.

The Governor thanked members of the House of Assembly for proving themselves as dependable partners in the development of the state and called for more support to enable his administration to achieve its mandate.

The Governor urged the state legislature to give expeditious consideration to the Appropriation Bill to enable his administration to deliver more democratic dividends to the people of the state.

NEDC flags off construction of 500 housing units in Taraba

Specialist attributes misinformation, others to slow response to COVID-19 vaccine